With the unexpected defeat of Hassan Yazdani against Taylor, sports fans are commenting on this matter.

According to “Varzeh Se”, the critical battle of world wrestling between two famous and proud opponents ended with the victory of the American wrestling star. David Taylor appeared on the mat like a raging bull and looked impenetrable and defeated.

The interesting point is that the reactions to Hasan Yazdani’s defeat and David Taylor’s victory are often summarized in two parts. One is about health and expressing interest in the Iranian wrestler, and the other point is the admiration of the American wrestler who, according to users, had a complete analysis on Yazdani’s wrestling.

Naturally, the technical staff of the national free wrestling team has been criticized for not being able to do their job well so that Yazdani won the match.

Of course, although Taylor won a better match than Hassan Yazdani today, the battle between the two will never end and now it is Yazdani’s turn to take revenge on this American magician.

Read some of the reactions:
Vahid: The American team, which cannot be bitten twice by the same hole, you can win this year just by stepping on the shoulder. Wherever Hassan stepped on the shoulder, Taylor stepped on it from the opposite side. Obviously, the method worked. We should learn from our failures like Taylor and Yazdani
Mehrzad Lotfollahi: The one who is worthy of the title of Pahlavan will not lose even with this loss, you will come back with strength and make the Olympic gold yours, Pahlavan.
Saeed Magic: You are the hero of our hearts, even if you lose, we love you wholeheartedly.
Zahra Sadat: You are always a hero for us, Hassan Yazdani.
Hossein:The best wrestling was won by Emami, the most beautiful wrestling was won by Kamran, the neat wrestling was won by Nakhodi, but Hassan Yazdani was defeated by the tactics of our coaches and did not win his own wrestling.
Walter Redd: When Hassan Yazdani loses, my heart breaks, beautiful. 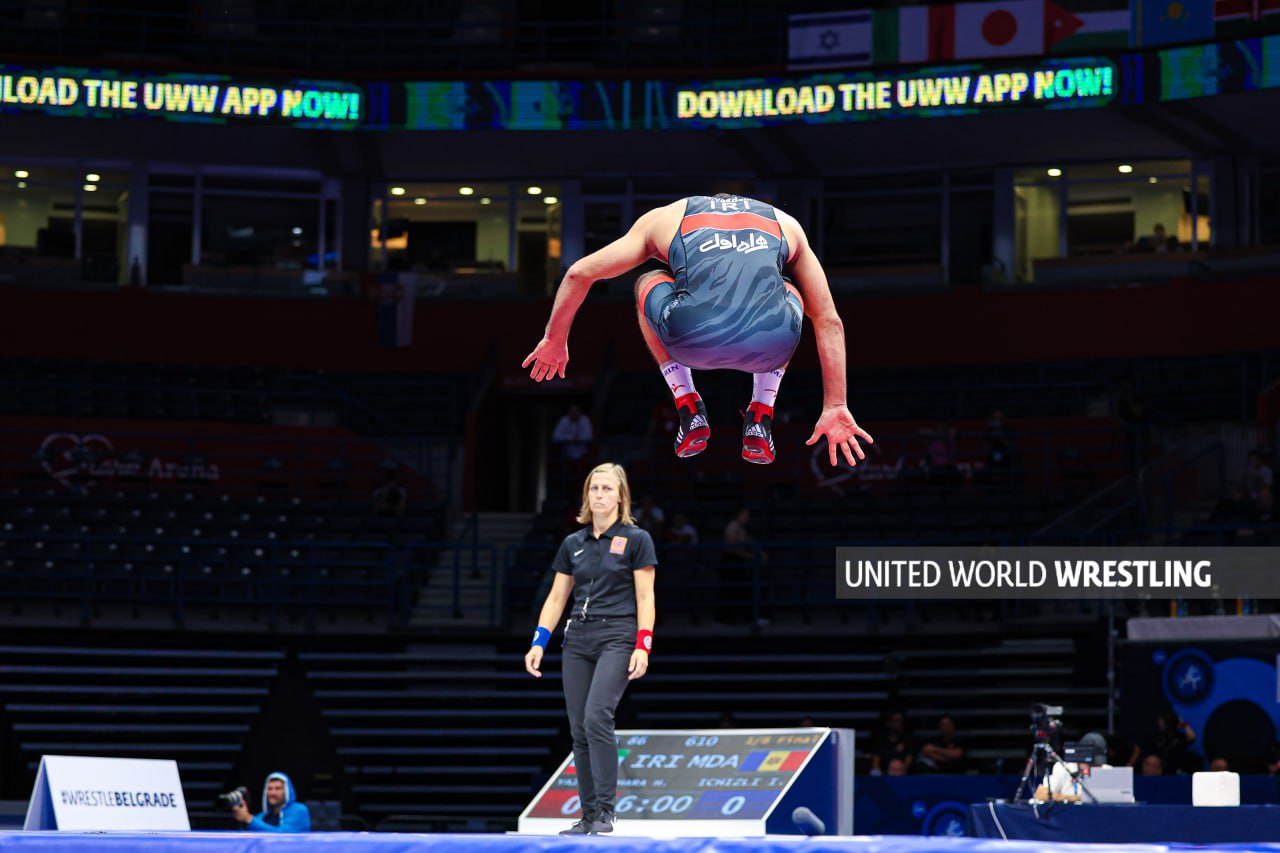 Mohsen: The fight between Yazdani and Nakhodi showed two things: 1/ Iran’s physical weakness 2/ Incorrect analysis, maybe right, but not having the right plan, Taylor was just waiting for Hassan to attack, every time Hassan took, Taylor took a hit from him.
Honest Sheikh: You worked hard, you tried your best, but you didn’t get results, in any case, whether you win or not, you are still our crown, Hassan, I hope you will make up for all the hard work you have done in the next matches.
Asghar Agha: Hasan Yazdani has won one match so far, with his loss tonight, God willing, the Olympics for Hasan.
Samira: Pahlavi is not about winning or losing a match for Maramah.
Socrates: We left Hasan Yazdani’s collection of techniques to rot in the corner of the window, and for 6 minutes we asked him to hit the opponent’s shoulder and push him out. Regardless of the sports knowledge of the two countries, our 20-year-old wrestlers were breathless in front of 30-something wrestlers.
sinus : It’s going to ruin your mood for a few days! Tahshm Hasan Yazdani play and that’s it!
Tati: Sir, the loss to Hassan Yazdani does not come at all. The golden boy deserved it 🙁
Dervish: Not that I am happy about Hasan Yazdani’s defeat, but I was really excited to see David Taylor’s wrestling. In my opinion, this match can be taught as the most tactical win in the world of wrestling for years. Taylor is the biggest weakness of wrestling. He turned his last year into the reason for this year’s win, Hassan’s tents.

The American plan to amend the JCPOA is unacceptable — UE News

The report of the night when everyone was afraid because of Tarami! — UE News