The list of the Brazilian national volleyball team for the second week of the Nations League has been announced. 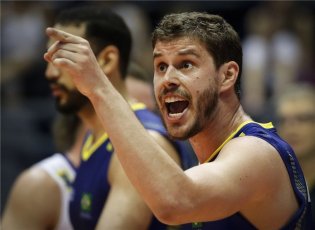 According to “Varzesh Seh”, everything went as usual for the Brazilians and they were still at the top of the World Volleyball Federation rankings until the VNL 2022 or the League of Nations started; The tournament, which happened to be its first week in Brazil and the city of Brasilia.

Renan Dalzato’s students had a good start to the first week, crossing the Australian and Slovenian barriers, respectively. However, the paper returned to the Brazilians; Brazil suffered a bitter 3-1 defeat in their third game against the United States. But probably the most incredible result of the first week of matches against Brazil and China; Where China, described by many as the weakest team in the tournament, managed to defeat strong Brazil in disbelief in three consecutive sets.

The Brazilian national volleyball team will face Poland, Serbia, Iran and Bulgaria in the second week of the League of Nations, the list of which was published today. Accordingly, the two key stars of the Brazilian national team, Ricardo Lucarelli and Juandi Leal, have returned to the list of the team, which can give them a lot of hope for the continuation of the tournament.

Full list of Brazil for the second week of the League of Nations: