Mohammadreza Hazratpour admitted in a TV program that currently Japan is ahead of Iran. 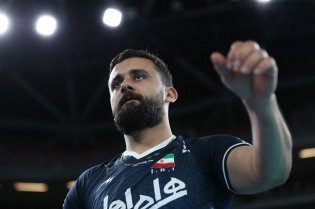 According to “Varzesh Se” report, Mohammad Reza Hazratpour, who appeared today with Amirhossein Esfandiar on Panch Cima channel, responded to a question about Japan’s progress and said: We have said everything, but if we want to move forward with this mindset, we will definitely go to the next year. We will have problems.

To say that we finished 13th in the previous tournament and won the same title in this tournament is not an improvement and it is not true at all. We are young and even if we win the Brazil game, we could go to the top four, but if we want to move forward with this mentality, we will definitely face problems next year, because Japan is now among the teams that are fourth or fifth in the world.

Hazratpour went on to say: Next year, our work is very difficult and we must train well. We must have good planning, national team training and friendly games. We have to go forward very well to be able to beat Japan.”

In response to the question whether Japan is better than us or not, Hazratpour said: Yes, Japan is ahead of us now.

Reforms are imposed on the United Nations, which has made dubious investments