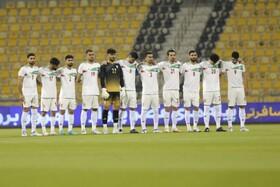 In an interview with ISNA, Hamid Derakhshan said about the 2-0 defeat of an Iranian national football team against Algeria in a friendly match: “Certainly, the result of the preparation game is not important.” What matters is how strong you are and what your strengths and weaknesses are. These issues need to be identified in preparation games. After this, we must be able to reconstruct the problems and prepare a good team for the World Cup. Now that the game is over, we have the opportunity to work on ourselves and develop the national team technically, and to have a strong and tough team until the World Cup.
He said that it is too early to judge and we should see more games of the Iranian national football team, he said: Naturally, a game is not a criterion for evaluation. Other games are designed to recognize our abilities and identify the least bugs.
The football coach said about Iran’s problems in the match against Algeria, which could be seen in all parts of the field from the goal to the attack: “Problems such as inability to play and get out of the opponent’s pressure were visible.” We need to address these issues. Our main problem was that when the opponent blocked the way for us from the ground, we could not get the ball out of this situation. Our midfielders were very, very heavy and did not have the necessary fighting spirit. Our football was slow and the transfer of the ball from the midfield to the attack was very weak. Our problems must be solved. The national team definitely has a place to work.
Derakhshan, in response to the question whether the problems of the national team are related to today or have existed in this team in the past but have not been seen in front of Asian teams, said: “Our problems are rooted.” We have to see how much we have grown in our league. We also have a problem in the Iranian Premier League. We have good and capable players. Some reforms need to be made.
He continued: “However, our problems do not belong to a week and a month ago.” We did not meet strong teams in the World Cup qualifiers and in Asia. Our rivals who were not up to the World Cup. Our problems were identified in front of South Korea, which played with the program, and we scored two goals. We have to correct ourselves. Victory over the UAE, which does not have “good and bad”. We should not magnify the victory against the UAE.
Some believe that changing the head coach of the national team can help Iran. Derakhshan in response to the question of what solution he suggests to improve the condition of the national team? He said: I do not agree with the change of the head coach. My strategy is to strengthen the technical staff and bring in people to help Skochic.
“I think they should add someone who is capable,” the footballer said of Skocic adding an assistant to his technical staff but not well known. A person who has a technical load should be added to the Iranian bench. This is important.
Derakhshan also spoke about the good results of Wales and the United States in recent games and the success of England against the big European teams: “These teams are constantly working and planning.” America is not America 25 years ago. Our situation is not good either. Our competitors are growing and moving forward, but we are still lagging behind. We are still where we were 30 years ago. I think the quality of the players 10 years ago was better than today.
“This is a competition,” he said of the lack of stability in the national team’s goal. We can not bring anyone from abroad. We have the same people. They are somewhat satisfactory.
End of message

Leucadia and failure in the absence of stars (photo) — UE News