In a report, the Portuguese newspaper Abola says that Porto desperately needs a victory in Estoril’s game tomorrow and has opened a special account on Mehdi Tarimi. 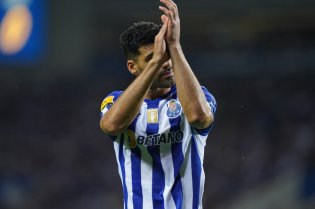 According to “Varezh Se”, Porto After a heavy 4-0 defeat against Club Brugge in the European Champions League, they are facing difficult conditions these days. Tomorrow, they will face Estoril in the Portuguese League.

This game is of special importance for the students of Conceição. Apart from forgetting the bitter defeat against Club Brugge, Porto need to win in the seventh week of the Portuguese league because the only way for this team to get close to the top of the table is to get three points in this match. At the end of the sixth week, Porto is in third place with fifteen points.

In a report, Abula newspaper says that Porto is counting on Mehdi Tarimi to win tomorrow’s game. After a controversial dismissal against Atletico Madrid last week, which led to his team’s 2-1 defeat, Taremi played a brilliant performance against Chavez in the Portuguese league a few days later. He played an important role in Porto’s 3-0 win by scoring a goal and an assist and was the best player on the field.

Taremi missed his team’s second game in Europe against Club Brugge on Tuesday this week due to a suspension for receiving a red card against Atletico. Porto suffered a humiliating defeat in his absence, losing 4-0 to the Belgian side.

Taremi has had great performances in Porto’s last two matches in the Portuguese league and scored goals in both matches against Gilles Vicente and Chavez. This is the reason why Concessao hopes that with the Iranian star shining again, he will get three important points in the match with Estoril and not leave the competition for the top of the table.

The explanation of the United star about the happiness of the strange flower; I’ll take it!